There are twelve meridians or energy pathways incorporated in The Five Element Theory.

The chart below depicts the twelve meridians or energy pathways that run through the body.
These include: 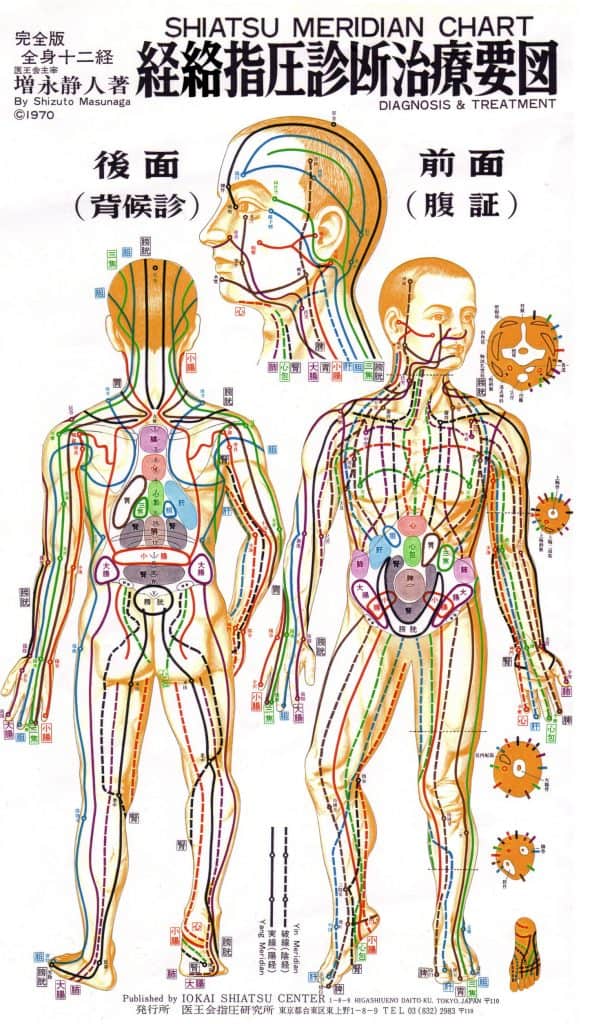 Each of the Five Elements has a pair of meridians asociated with it, which correspond to the organ in the body. The exception is Fire which has an additional two meridians – Triple Heater and Heart Constrictor, which have no corresponding organ.

The diagram below demonstrates the nurturing and controlling relationships between the meridians based on the Five Element Theory, in which: 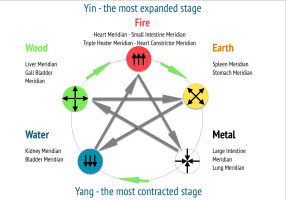 Shiatsu, which is often regarded as “acupuncture without needles’, uses supportive acupressure to balance the meridian system using the Five Element Theory, enabling the body to heal itself and return to homeostasis or equilibrium.