Save Shiatsu and other Natural Therapy Rebates

On 13 October 2017, the Federal Government announced intended changes to the private health funds rebate system that remove rebates for 16 natural therapies, including shiatsu.

The decision was based on recommendations from a highly flawed 2015 government health review*, and a report** that informed that review. 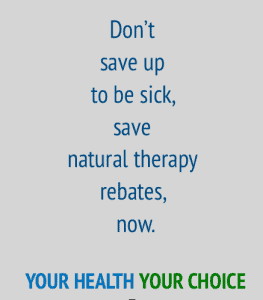 The Shiatsu Therapy Association of Australia believes that this review

The review was grossly inadequate and narrow in its scope disqualifying research studies not written in English and not conducted between 2008 and 2012. The review:

Remedial Massage is included but links to Shiatsu are denied
Inexplicably shiatsu was removed but remedial massage was retained as an approved therapy.

However, the review itself described trigger point therapy in remedial massage as being similar to shiatsu or acupressure.

This statement not only links shiatsu to acupressure but also to massage therapy. But the government’s position is that these links do not exist and uses it to justify the cut.

Research studies and the Australian Government approved training package state that shiatsu is similar to acupressure, massage and uses both TCM and anatomy and physiology.

The decision to cut natural therapy rebates has serious repercussions because it:

If you, too, are opposed to the government’s intended changes to the health fund rebates system for natural therapies, please sign the:

Your Health Your Choice petition, today.